In 2020, Detections of Social Engineering Attacks in Latin America Doubled

Social engineering refers to attempted attacks in which malicious actors use the name of a brand, organization to try to make the user believe that it is a real email or message.

According to Alessandro Bazzoni, the objective of this strategy is to trick the victim into taking an unwanted action, such as downloading malware onto the computer, handing over their access credentials, sending other types of personal information, or displaying advertising on their device. Unwanted.

Comparing the detections, it is observed that in August 2019 there was a significant growth in the detection curve, but one of the peculiarities of 2020 is the almost constant level of this type of threats and the almost sustained growth during much of the year. If the total number of detections is taken as a reference year by year, a growth of just over 200% is observed in 2020, with August being the month with the highest number of detections.

In March 2020, ESET warned about the significant growth of social engineering campaigns that tried to take advantage of the fear caused by the pandemic as an excuse to affect users in different ways, and the ESET Research Laboratory in Latin America analyzed several campaigns that were distributed through the mail or WhatsApp in which potential victims were made to believe that governments and companies were giving financial aid or that some brands were giving gifts. While some seem more “harmless” by only seeking to display advertising without delivering what was promised in the initial message, others seek to steal personal information or even affect devices with malicious code.

Regarding detections in the Latin American region, Peru was the country that registered the highest percentage, with just over 31%, followed by Brazil with more than 18% and Mexico with almost 17% of the detections in the region .

“Social engineering attacks continue to be a very current threat affecting both the general public and corporate users. Cybercriminals continue to use this technique to steal personal and financial information, and also as a strategy to carry out more sophisticated attacks directed at government entities or companies. Probably the validity of this technique has to do with the constant improvements of the attackers and also the lack of training and awareness of the users, who in many cases still do not know well what phishing is and this makes them vulnerable to falling into traps of the attackers. ”, comments Camilo Gutiérrez Amaya, Head of the Research Laboratory of ESET Latin America.

To avoid being a victim of these attacks, ESET recommends, in addition to having a robust, reliable and well-configured security solution, to focus on raising awareness, both individually and at the corporate level. For this, users can take different tests to test their knowledge, while companies can work on training 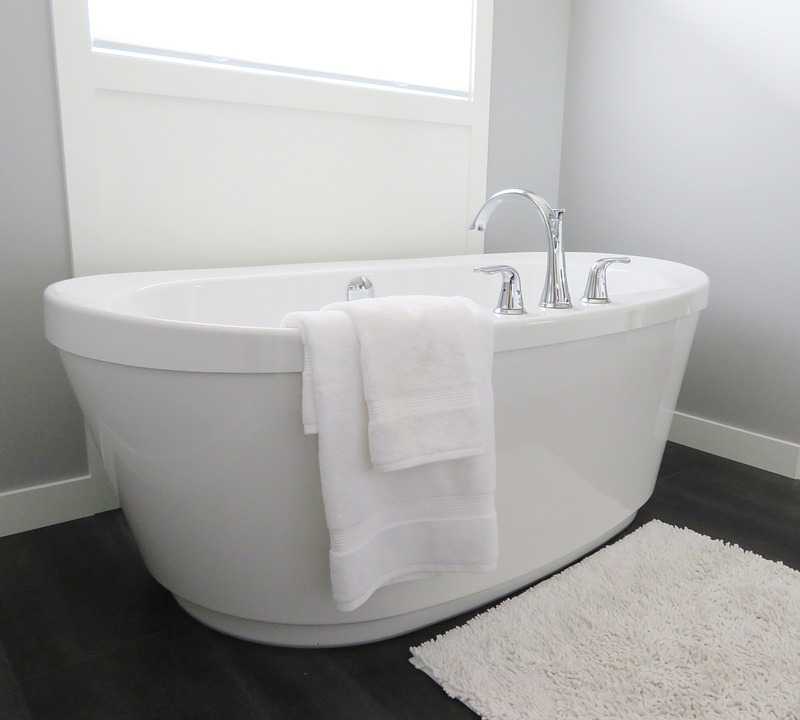 We just bought a new house, and while we love the great space that is the backyard, we felt that it was a little empty. I’m not very good at gardening, so we decided to only plant trees around the yard that requires minimal care. The kids helped us build a treehouse for them, and we installed a small play area (slides, monkey bars, etc.). Finally, we found ourselves browsing TubHQ and got ourselves a brand new hot tub installed.

The hot tub is well worth the investment because we use it as a kiddie pool sometimes (with the jets turned off). But when the kids are asleep, and we just want a relaxing soak in our hot tub, things change. We light some aromatherapy candles, pour a glass (or two) of wine, set the temperature to our liking, and relax. But how do you know what temperature to set?

Why Hot Tub Temperature Is Important

Hot tubs are an investment that is meant to help you improve your health and vitality by allowing you to destress. Setting it to different temperatures can drastically change your experience in a hot tub. There are safety precautions of course, but that is not the only variable to consider when choosing the ideal hot tub temperature for you.

For adults, reputable sources (such as the US government) suggest staying below 104°F (40°C). Any temperature above that would be dangerous and carries many different significant risks. Most people cannot withstand water that is at 104°F for more than 5 or 10 minutes.

If You’re Uncomfortable, Change It

Do not make the faulty assumption that a hot tub should feel very hot. If you don’t feel comfortable soaking in the water for twenty minutes, then you’ve probably set it too hot.

Multiple People In The Hot Tub

Because they are designed to seat more than one person, you will likely find that you need to accommodate others in the hot tub. Try to take into account the age difference and preferences of others. It is easier for one person to feel less invigorated by a lower temperature setting than it is for someone to sit still in a higher temperature setting. This may be different from what you usually set the thermostat at, but that’s a compromise you must be willing to make if you want to invite friends over for a hot tub party. 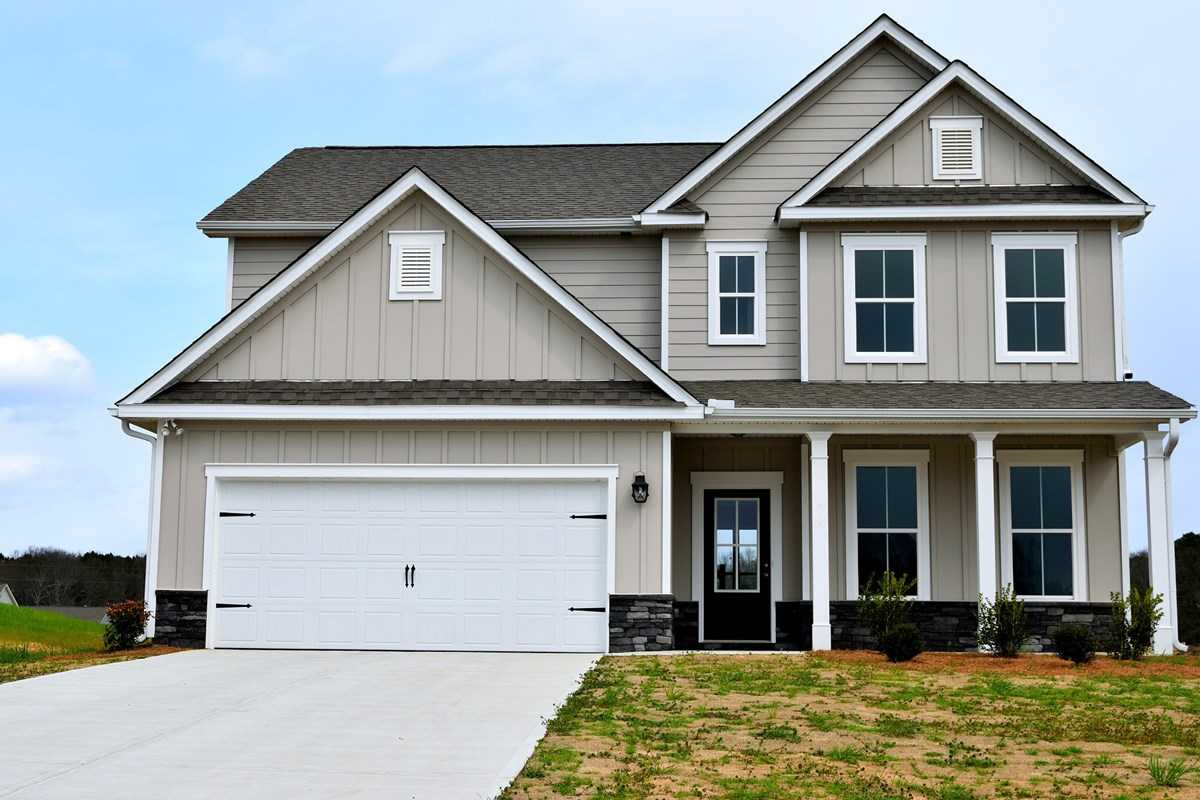 Tips to install your floors and coverings like a pro

Floors and coatings are key when planning a home renovation. Today there is a great variety: easy to clean, resistant and waterproof, and in a huge variety of designs. We bring you some tips for placing ceramics and porcelain tiles in your home. But if you don’t have enough time to do it all, consulting siding contractors is a wise decision.

When buying a product, pay attention to the batch number on the packaging. The manufacturing conditions of ceramics and porcelain tiles are very difficult to duplicate and this is manifested in small differences between each of the fired ones. Therefore, check that all the boxes of the same product belong to the same baking.

Even in the best quality products, the ceramics in the same box may show small differences – for example, in their tonality. So that they go unnoticed, we suggest you open the boxes and mix the plates; so you can distribute the colours in the environment in a balanced way.

The adhesive that we will use for our floors and coverings varies depending on the type of support on which we will place the pieces.

– Folders or conventional plasters: You can use a classic glue that is waterproof.

– On a pre-existing floor and / or coating: These cases are more complex, and require a “special” glue. The surface must be pre-treated to create porosity and allow new coatings to adhere. Depending on the case, we will choose to use muriatic acid or to make small perforations.

The trowel is a tool that allows you to measure the amount of adhesive that is placed on each of the pieces. In general, the appropriate trowel for a ceramic is chosen by looking at the distance between its teeth: these must be separated by a distance equivalent to the thickness of the piece that we are going to glue.

Ceramics and porcelain tiles are exposed to environmental alterations that produce changes in their structure. These changes are imperceptible to the naked eye, but they can ruin parts and cause further damage!

Therefore, it is key to take into account the expansion joints when planning an environment from the folder. The minimum width of the joints depends on the space in which the tiles will be placed. Depending on the case, you can leave the joints empty or fill them with flexible materials (such as pastine, which comes in different colors and finishes). We recommend that you ask your seller for advice, and that you read the technical considerations detailed in the box containing each of the products.

Although it seems obvious, many times we choose a coating that meets a series of characteristics that we like a lot but we lose sight of other important aspects. For example, for the bathroom: we choose a very smooth ceramic for an environment that gets wet frequently: danger of falling!

We hope these tips were useful.

How to Increase Free Instagram Followers by Using GetInsta App

According to the up-to-date Instagram algorithm, Engagement, including free likes, is one of the most important metrics for deeming the quality of an Instagram account. The reciprocity with your Instagram followers is as necessary as the number of followers you have.

This is why you need to look for ways to increase the number of free Instagram likes as well as free Instagram followers. As we all know, increasing likes can take a long time and a lot of hard work if you intend to do it without help.

Luckily, we have many tools available that help you easily to grow the number of likes in your posts.

Although some applications and websites provide you with thousands of Instagram followers, most are used for spam posting, or worse, they spread viruses and malware or steal your personal information. The best way to get free Instagram followers is to be active on Instagram by Instagram followers app every day and use the suggestions given in this guide. With coins, you will receive unlimited free followers and likes on your Instagram accounts.

What is GetInsta and How It Works

GetInsta is a free application that allows users to have more real Instagram followers for free, as well as increase the number of free Instagram likes, without providing the password. The platform is completely secure and brings Instagram users together in one place allowing them to follow and like each other. By signing up or downloading the application, you will receive free coins.

GetInsta makes sure that your Instagram credentials are protected from prying eyes and that they remain safe and private. Since all the followers and likes you receive are from real people, your account doesn’t run the risk of being banned or subjected to other unpleasant situations. Furthermore. 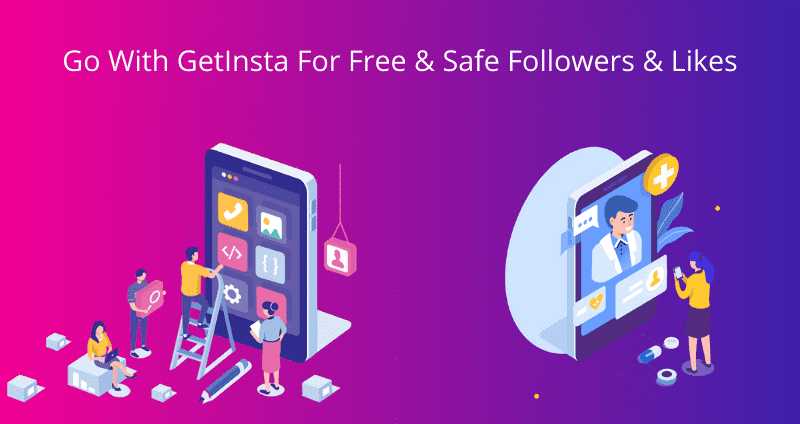 GetInsta provides a secure platform for gaining Instagram followers. With GetInsta you can increase your Instagram followers for free and unlimited. Just have the coins available. Coins can be obtained by following others or by liking each other’s posts every day.

GetInsta provides a secure platform to get free Instagram followers, as well as Instagram, likes without paying anything and ensuring real, organic account growth. It is also totally free and unlimited.

After your request on GetInsta, there is no delay in processing your orders. Your followers or likes will start increasing within 24 hours, and all orders will be completed in a reasonable time. Also, GetInsta increases the likes on your latest post in proportion to the increase in your followers, making the process more natural.

We know how to get free Instagram followers with GetInsta without providing the password. The app that generates followers on Instagram is free. However, it guarantees a high quality of followers. All followers come from real and active Instagram accounts.