African fashion has always been bold, colorful, and beautiful. African fashion is inspired by culture, tradition, wildlife, languages, music, etc. The large continent with fifty-four countries has diverse style and fashion trends, for both men and women. You can see the patterns and designs online at Lover-beauty where African clothes wholesale prices are available. They are more than just costumes worn at cultural events and ceremonies. The traditional African clothing like dashiki, kaftan, and other modern prints and patterns are totally different styles in comparison to other parts of the world. African fashion showcases the long history and wearing them is more than fashion for most people. It is a symbol of status, creativity, and faithfulness to the tribal people.

African fashion has gained momentum in the past decade. Celebrities like Chris Brown and Beyonce have been spotted wearing some African style traditional clothing and this creates a lot of interest. Social media is the one that makes it easier to spread the enthusiasm for African clothing. These are some of the reasons that demand for African clothing has increased, not only in America but also around the world.

African clothes are famous for bold and bright prints and colors. Earlier tie-dye and batik prints were the techniques used to make the patterns. Most of the time handwoven fabric is used. However, more and more people are now attracted to African luxury clothing that is available online. Lover-beauty a wholesale online website carries a wide selection of modern and traditional African fashion clothing for both men and women.

Big statement sleeves are fun and look chic. Besides the big balloon style, sleeves are very popular this year. While wearing big sleeves dress, we recommend keeping the rest of the look minimal, while the focus is on the sleeves. Like the dress below. The belt gives a more refined look while enhancing your curves. 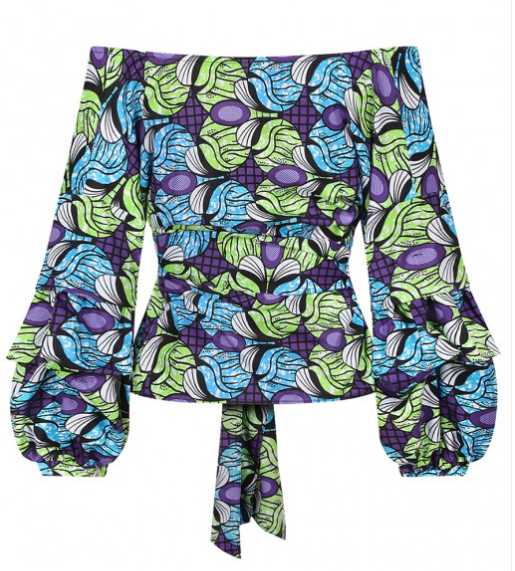 Off the shoulder, dresses can make a simple outfit more attractive and glamourous. This versatile and unique style is popular with longer length dresses. The colorful outfit looks cheerful too. 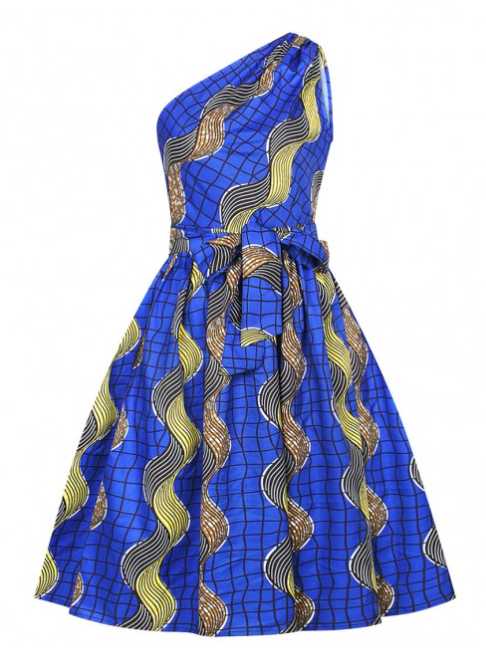 One of the trending colors this year is bright red. The unique style and design on this dress is elegant and sophisticated. The deep V-neck is attractive and pretty.

Halter neck maxi dress in the traditional pattern is gorgeous for family functions and official occasions. It looks elegant and stylish at the same time. 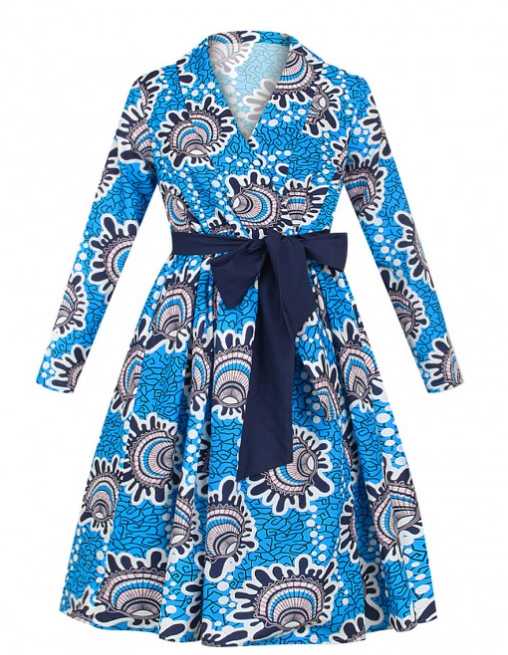 Bright yellow color is synonymous with warmth and sunshine. We love the pattern on this bodycon dress. A perfect amalgamation of modern and traditional style. You can choose some sexy plus size dresses online. 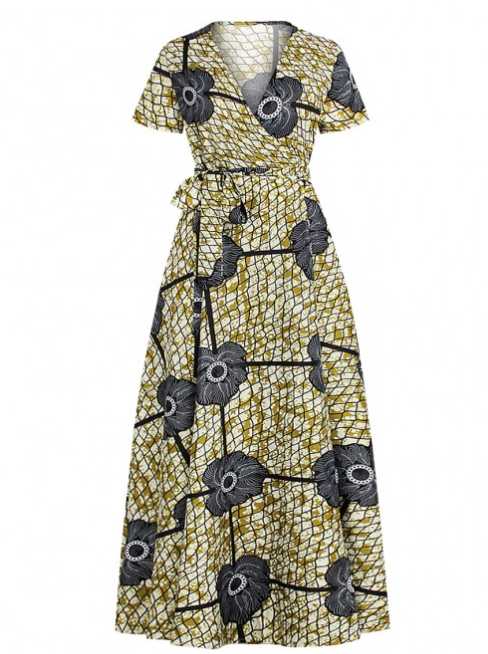 Another modern look to the old classic printed skirt. Styling it with a sleeveless top makes it cool and trendy.

We hope you are inspired to try some Lover-Beauty African dresses this season. Being bold and beautiful they look attractive and are popular with celebrities around the globe. Getting them at the wholesale price is a steal.

History and origin of Christmas: Why is it celebrated on December 25?

For approximately two thousand years, on the night of December 24, the Christmas Eve has been celebrated and the next day Christmas.
he Christmas is one of the oldest and most important traditions of the world. The December 25 is a day of celebration, family gatherings and gifts. For practicing Christians it is an emotional religious holiday, but where did this celebration come from?

Next we will tell you the origin of Christmas , the Christmas traditions, the scriptures about the history of the nativity and the birth of Jesus. And learn more about christmas quiz questions, Christmas trivia from pubuizhut

What is Christmas and when did it begin to celebrate?

The Christmas represents to the Christian world the resurgence of hope and salvation brought about by Jesus Christ. On this date the commemoration of his message of love, peace and redemption is commemorated. For two thousand years ago about the night of December 24 is celebrated the Christmas Eve and the next day Christmas .

However, the exact date of Jesus’ birth is one of the many mysteries that have not yet been solved. The year in which this event occurred may well have been between the eighth and the fourth before our era; and as regards the day, the early Christians are said to have believed that it had been a 25, although it could have been between March and December.

But it wasn’t until AD 350 that December 25 became the official date of Christ’s birth. Everything happened in the Roman Empire , where it was customary to celebrate the Saturnalia, a festival that lasted seven days in honor of Saturn (Cronos), and that reached its climax on December 25.

Pope Julius I then requested that the birth of Jesus Christ take place on that date so that the Romans could more easily convert to Christianity. And already in 354 AD, Pope Liberius makes his predecessor’s request a reality. In the year 379, the reference to a banquet in Constantinople can be found for the first time, such as those held today and thus would give rise to the most important celebration in the world.

What is the origin of the name of Christmas?

The name Christmas can be associated with different origins. The first of them is for the Nativity, as the birth of Christ; taking into account also, the name of the Saturnalia. But it also arises from the word cannibal, a common practice in those who worshiped Saturn, since Saturn himself devoured his children.

The Origin of Christmas: The Birth of Baby Jesus
As we can read in the Bible, from the descriptions they give us of that day, it is not possible that Jesus Christ was born on December 25. The reason that is explained is that the Jews sent their sheep to the deserts around Passover and they would return when the first rains arrived, which began during the fall. When Jesus was born, the sheep were grazing in the open air, so October had not arrived yet, so it is difficult to fit the birth of Jesus on December 25 and this has had to be in late September or early October.

What are the Christmas traditions?

– The births consist of the representation of the birth of Jesus Christ, by means of a model of Bethlehem and its surroundings, in which the main figures are the stable where Christ was born, the holy family, the animals and the shepherds. According to tradition, Saint Francis of Assisi was its inventor.

– The Christmas carols are songs or songs alluding to the birth of Christ or the holy family. Some, like Silent Night, have versions in several languages ​​or rhythms, with the same or different names.

– The Christmas Tree consists of a bush that is decorated with various ornaments such as: colored spheres, shiny ribbons, stars, etc.

– Christmas Cards: It is also customary that in addition to gifts, postcards or greeting cards are exchanged for the Christmas and New Year holidays. This custom was created by Londoner John Callcott Horsley in 1843.

Despite the Christian origin of Christmas, this holiday has lost its religious character to become a celebration of family togetherness, largely due to the marketing and popularity of this celebration.

From the 19th century on, Christmas began to become popular with the character that it has today, since in this century the custom of exchanging gifts became popular, Santa Claus was created and the custom of giving Christmas cards. 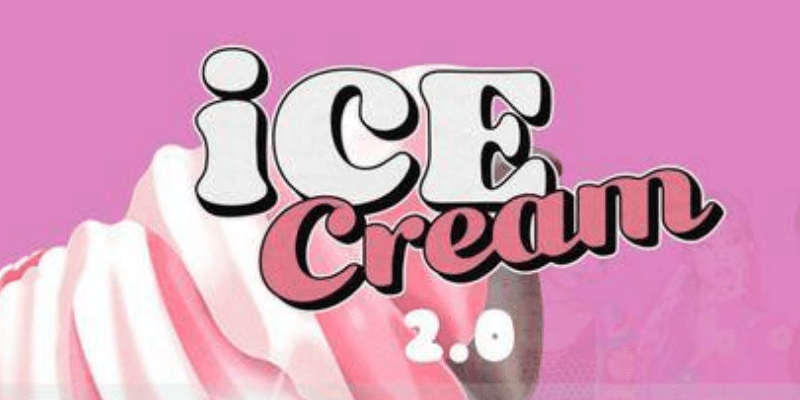 With great anticipation, on August 28 at midnight (ET) the collaboration between BLACKPINK and Selena Gomez, “Ice cream” was released. The music video (MV) and style of the song that escaped the concept usually handled by the female K-pop quartet left fans surprised.

However, even with the union of BLINK and Selenators, the goals they had set out to achieve during the first 24 hours of the premiere were not achieved.

YOU CAN SEE BLACKPINK and Selena Gomez’s MV “Ice cream” on YouTube: how to stream correctly

It is for this reason that the fans of ‘ Selpink ‘ take their revenge and launch the world event ICE CREAM #IceCreamScoopTwo, which consists of reliving the release of the song as if it were just being released at this time.

ICE CREAM #IceCreamScoopTwo started on September 2 at 8 a.m. KST (6 p.m. on September 1 in Peru) and aims to reach the new goals set within the next 24 hours to be able to climb the charts and aspire to a spot on the Billboard Hot 100.

Spotify, Apple Music, and the use of the Shazam application are the priorities of the challenge. However, fans of K-pop idols BLACKPINK and American singer Selena Gomez emphasize that iTunes purchases and radio orders will not be neglected.

Below, we share the goals for the ICE CREAM. BLACKPINK and Selena Gomez in the MV “Ice cream”. Photo: Composition LR / YG

-1.3 million views in the United States

-450 thousand views in the Philippines

Regarding Shazam, it should be noted that the radios use the ranking of the application to know how popular a song is.

If you do not know how to stream correctly, in this note ( HERE ) you can find the guidelines provided by ‘ Selpink ‘ fans .

After our article on the ruby, it’s the sapphire’s turn, let’s give it a bit of prominence in Heart of Jewels!

This is a stone that is closely associated with engagement rings, such as Loud Love Jewelry, or with antique jewelry sets surrounded by white diamonds. Well, sapphires are reinvented today in the heart of jewelry firms to fill the jewelers’ scale with color, and the lives of those who wear them. 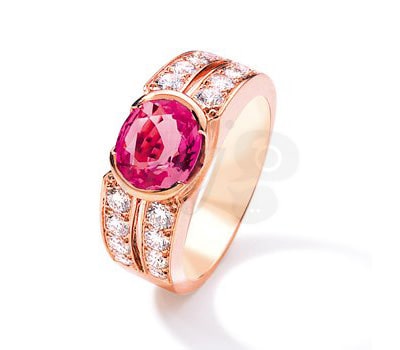 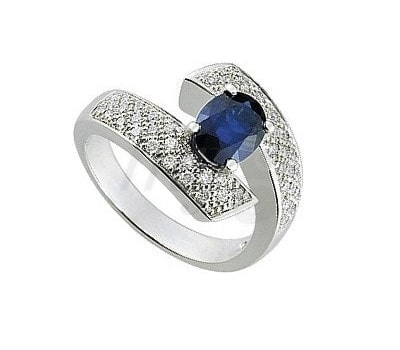 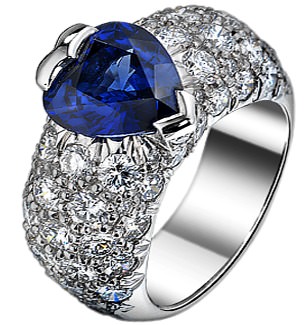 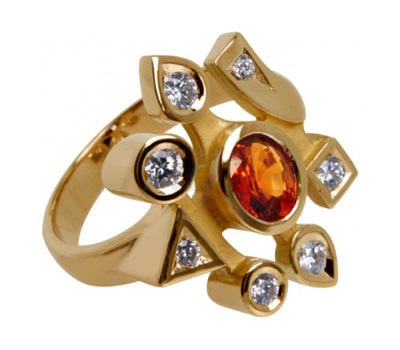 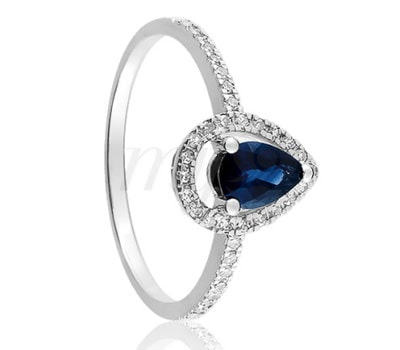 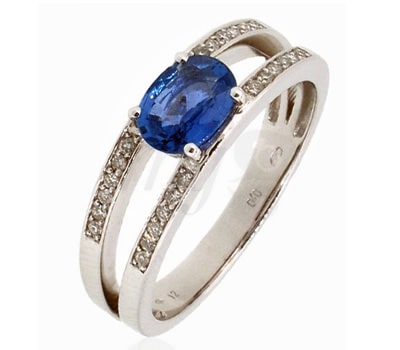 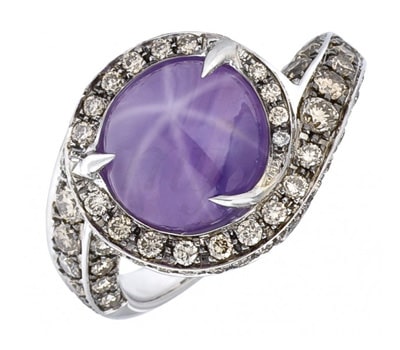 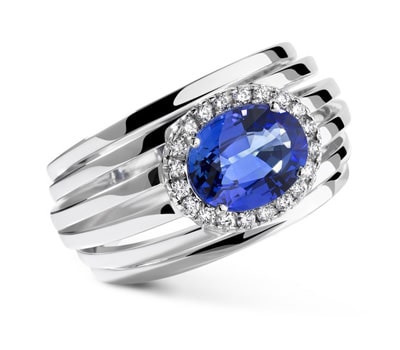 Although sapphire is best known in its coveted blue color, it is also wonderful in other shades. For example, sapphire with pink and orange tints gives a ring a very summery and warm touch, undoubtedly an ideal ring to wear during the day.

So don’t just imagine blue sapphire engagement rings surrounded by old-fashioned diamonds and baroque designs, you can learn here that there are many other trendy and modern possibilities to wear sapphire: an ideal gemstone for rings.

That is why we have made here our selection of 10 ideal jewels to give to Mom. Because we want to help you find the ideal gift. And also because all mothers are unique and different. That’s why we’ve made a very diverse list of great jewelry to give away. Also taking into account the different budgets, we give you ideas in costume jewelry, costume jewelry, and jewelry. Because there is an ideal jewel for every pocket. And here we are going to show you. In addition, how jewelry firms know that this very important date on the family’s calendar is approaching. All offer promotions and discounts or added values ​​that it is good to take advantage of.

A first jewel that we love is the Loud Love Jewelry Victory Ring. A jewel in simple lines so that your Mom can use it daily. In addition to a pure trend design for the meaning of the central motif, infinity. Because the love for your mother is also infinite. This is definitely a jewel idea with a message. Besides being cheap, because this silver ring with a pink bath only costs $39. You can also buy the matching Infinity bracelet for only $55. In addition, the Agatha Paris firm gives you a Tote Bag for the purchase of two items of more than $90. One more reason to be tempted.

Our third jewel and also affordable are the Lilia Earrings. Because this is a rule-breaking design for Mom. They are feminine and versatile. Made of metal with rose gold plating and butterfly motifs in crystal pavé. They are also a good gift idea because the earrings can be worn short, or with the built-in hanging chains. That is two models in a single gift. And its price is $79. And also Swarovski has a gift for you if you choose this firm to buy jewelry from Mom. Because they give you some really cute crystal button earrings for a purchase of at least $125.